6 Steps to a Perfect Teardrop Banner

Teardrop banners are characterized primarily by their shape. The banners are made in the shapes of ovals that taper at the bottom. They typically come in the form of flags mounted on metal stands, either alone or in pairs. Anything can be printed on teardrop flags, which makes them an easy mode of advertising. They are especially useful for this purpose because they are so small, a common size being 69 × 25 inches, which requires the designer to restrict his or her message to the space available thereon. Advertising in general needs to be as concise as possible. In this article, we will outline six guidelines for creating the graphics for teardrop banners in a way that conveys your company message both clearly and effectively.

1) Have a simple and clear message.

As with all forms of advertising, your message needs to be concise because during the day people are in a hurry to get back to their jobs and therefore will not have enough time to go over a complex, many-worded message and subsequently to analyze what it all means. If they encounter such a message, they are, in consequence, likely to simply turn away and look elsewhere. A single word, such as “Welcome,” may often be all that you need to say what is necessary. One good way to lay out the message is to have the text all in one color, such as blue, and the background in another, contrasting color, such as white. You might even want to have two teardrop flags on which the colors on one are the reverse of those on the other.

At the same time, it should be clear to your potential customers exactly what you are trying to say to them. It can be a tedious and daunting task to have to figure out what somebody is trying to sell you. People should be able to see immediately what it is that they are being asked to buy, as well as how it is supposed to make their lives better.

2) Let the message stand out.

A succesful teardrop banner requires not only conciseness and clarity alone, you also want it to stand out. After all, you are not going to be the only one looking to get people to want to buy his or her products. There will be literally dozens, if not hundreds or even thousands, of other such entrepreneurs out there, and they will have conceived of advertising messages of their own. It will be your task, therefore, to think of an advertisement for your teardrop flag that will really stand out from among all these others. Try to think of something of which none of them has thought. Gather all of their advertisements together, then ask yourself: What are they all lacking that I could provide? If you run an osteopath’s office, for instance, you could use a message such as “Osteopath Open Now!” Another way of making an outstanding message is to appeal to the emotions of your audience. More than fifty years ago, the famous writer Aldous Huxley said in his Brave New World Revisited to simply “find some common desire… that your product, when purchased, will make the dream come true.

3) A little bit of color touch is good enough.

Color is a very important element in advertising just as it is in other areas in which the visual element plays a large part. When designing artwork for teardrop flags, it should be remembered that even a slight touch of color can go a long away in communicating what you wish to communicate. You might be tempted to use a bunch of bright colors on your advertising banner, but remember that you only have a small amount of space in which to place everything. Besides, too many colors, or colors that are too bright, can be confusing and can make it difficult to read the words. This is especially true if the print and the background are done in complementary colors such as violet and yellow, which can vibrate when placed side by side.

One good way to use color is to alternate it between lines of text. Let us say, for instance, that your message is “Shred event this Saturday open to the public.” The letters, surrounded by black borders, could be arranged from top to bottom in alternating white and medium blue coloring. In addition, you could vary the size of the lettering for each word, making some stand out more.

4) A great picture is worth thousands of words.

You have probably heard the old saying that goes, “A picture is worth a thousand words, right? What this means is that it takes just one still image to convey the most complex idea. This is true in the world of advertising just as it is elsewhere. In fact, it is even more true because it is much quicker and easier to take in the significance of an image than it is to analyze the meanings of so many words. If you have an advertisement on your teardrop flag that consists only of images, except of course for the name of your company, which you always want to include, then people may really sit up and take notice.

Imagine a teardrop banner for a company that markets swimming pools for children. The picture could feature two young ones playing in the pool, with the face of one or both turned towards the viewer. Their facial expressions convey the joy that children feel when playing with such a thing far more adequately than a thousand of the best words in the English language ever could. That is really what the meaning of the phrase is.

5) Your logo won’t be boring just with appropriate touch of color.

We now return to what we were discussing two sections ago and add to it. Human beings innately have different ways of reacting to different colors and even to different shades of the same color. Blue conveys sensations of calmness and serenity, yellow and red create an impression of energy and so forth. Use this property of color to your advantage and it will pay off rich dividends in the end.

One specific example of this principle is that if you have a single part of your design whose color makes it stand out from the rest of the image, e. g. red against blue, the attentions of the viewers will be drawn to that one point. To illustrate this fact, we will look at a banner for New Electric, a company that does repairs on electrical equipment. The logo of the company, which is its name in blue letters, appears, along with the URL, against a white background. The rightmost two strokes of the N in New are in red, making them stick out so much from the rest of the design that one cannot help but notice it. (In the actual logo, the letters are white.)

6) Your customers have dreams, so give it to them.

An advertisement is, above all else, a promise made by a company to its customers that it will deliver products and/or services of a particular type and a particular quality. You must therefore be sure never to make a teardrop banner advertisement that promises people anything that you are either unable or unwilling to deliver to them. If you do, your company will gain a bad reputation as one that does not cooperate with its clients or deliver through on its promises. The result will be a loss of old customers and an inability to gain the confidence of new ones.

All customers have dreams. They are looking for better lives for themselves and their children, including tools that will help them to work more efficiently, things with which they can play and enjoy themselves and a sense of security. Most important, they want to have these dreams fulfilled at the lowest possible cost to themselves, both financial and otherwise. It is up to you, as the owner of a business, to see to it that you help them to fulfill those dreams. Otherwise, they will turn away from you and in the direction of your business competitors. 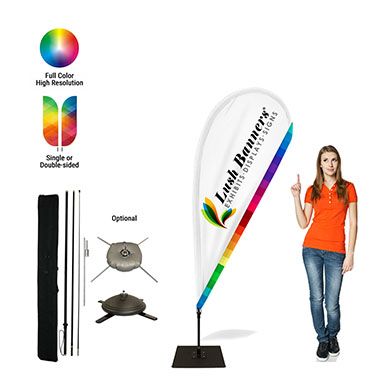 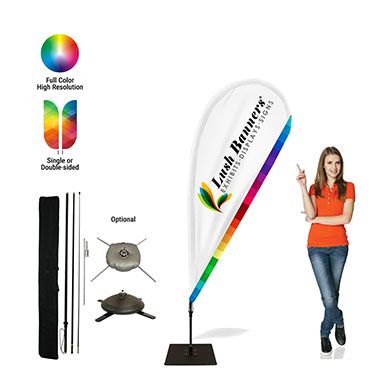 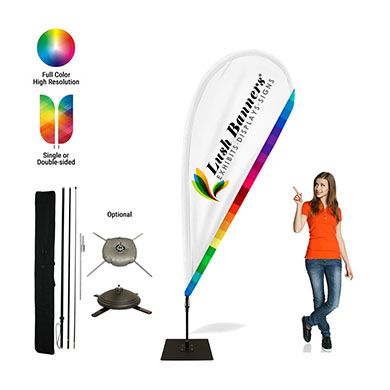 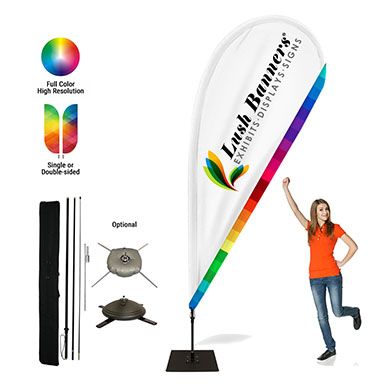 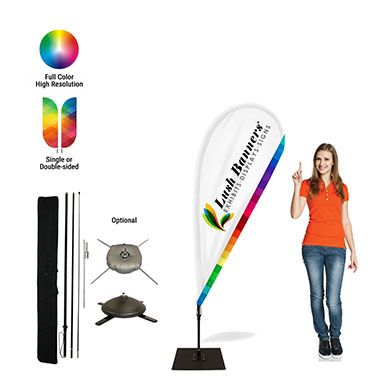 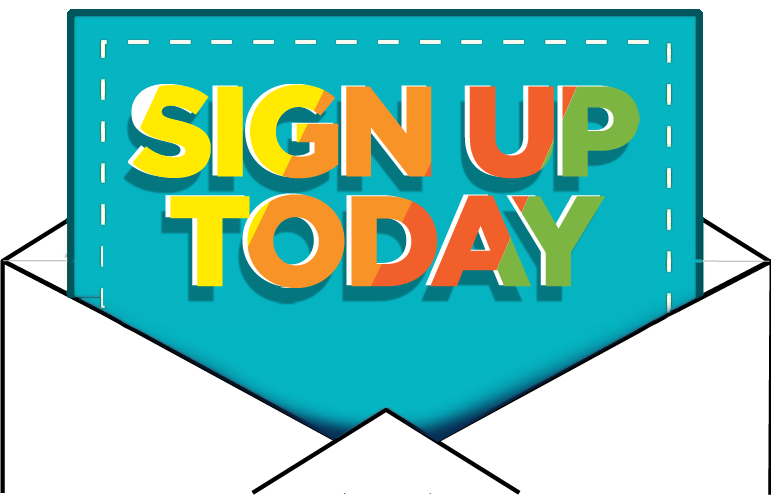